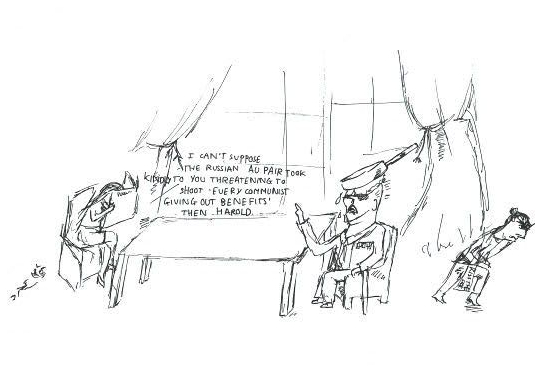 “The smallest minority in the world, is the individual” – Ayn Rand.

Rand grew up in Russia, during the second revolution, fleeing only when it was clear that her beliefs and refusal to accept the new regime would likely lead to her death. And so she fled to America and started a new life, first as a script writer and then as a philosopher, pioneering her meta-physical theory known as objectivism and pushing the individualist movement in America. I quote Ayn, not because I want to argue for objectivism (despite my liking of it), nor because I want to criticise the Soviet Union (despite my hatred of it), but more because I want to highlight a key tenant of individualism that is so often lost. At its roots individualism is not cruel, or inhumane or lacking in charity. Individualism is about tolerance, liberalism and acceptance. So many of its fiercest critics fail to realise that they too are individualists, simply because they cannot ignore the political baggage this philosophy carries, but strip away that unnecessary weight and at its core, individualism is based simply around the individual.

What do ‘#MeToo’, the LGBTQ+ movement, the Republican Party, and David Cameron all have in common? As I’m sure some of the more intellectually astute of you may have guessed, the answer is individualism. And, as obvious an attempt as that was to cross party lines, the point remains that so many typically opposing movements are united under this banner: one which seeks to support you in whatever choices you make. The whole point of individualism is to accept that everyone is different and that they should be free to live their life as they choose. To identify with, fraternise with and conspire against anyone they wish. For are we so arrogant as to tell others how they should live?
Individualism is about freedom and liberty, the freedom to make choices that are your own and the liberty to remain unpunished for the choices you make, provided they don’t comprise another’s freedom or liberty. I ask you what is so evil about that? Both sides of the political spectrum, from the most ardent social justice warrior to Milo Yiannopoulos, agree that people should be allowed to decide their life for themselves. Why do we continue to pretend that there isn’t a connection here?

Well unfortunately the answer is that too often, people support the principle without wanting to accept the conclusion. If people are free to choose their life, then others are free to criticise it. It means that your failures, as well as your successes are your own. You have no one else to blame but yourself if you do not achieve. It means respect is not guaranteed, it has to be earned, and it means you can’t bully your opponents off the stage; if you want support for your campaign go out and change the ‘hearts and minds of men’. Individualism will not allow you to whip up a group mentality and use it to force others to accept your opinion. Humanity is too full of innovation and wonder for that.

I think the reason individualism is so despised is that people are scared. People are scared of responsibility, of being inadequate and of competition. But we shouldn’t be afraid. Embracing individualism gives us all a chance to reach our full potential, to get the most out of our lives. All individualism asks is that we accept others’ rights to live their lives as they wish, that we be willing to discuss our ideas rather than force our opponents out, and that we take responsibility for our choices. The only real objection to it, is one of fear. So let us not be afraid, let us all stand up, straight backed and embrace the individualist inside all of us.