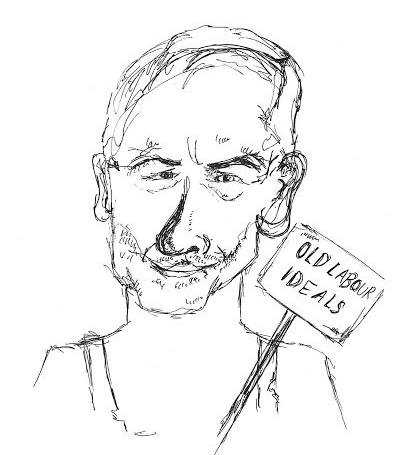 Go on, YouTube it. Jeremy Corbyn at Glastonbury festival. What is it that attracted the masses to come and sing his praises at Glastonbury in their hundreds of thousands? Could it be his progressive policies on tuition fees, the belief that free education is a right for all? Or could it be perhaps his pledge to close the tax loopholes that allow the wealthiest few in our society to hoard their vast wealth untaxed? Tax that should be collected and spent on the collective wealth of the citizenry of the UK. Cash for education, cash for the NHS, cash for public services. Affordable accommodation, reasonable rent…Is this the stuff of dreams? Can dreams really come true? Maybe we could simply cast a glance to his fully costed manifesto, as I seem to remember, the only such one released for public scrutiny. And while the Tories spent their election campaign criticising Corbyn’s transparency, with the challenge that it had not been tested, they also seemed to be of the opinion that ‘it has failed everywhere it has been tried’, a massive, – and let’s be honest, rather amusing – contradiction in itself.
At this point we should hardly be surprised at the Tories blatant tendency to stray from the truth as it has been demonstrated time and time again from various members within the party; I’m sure we can all remember the humiliating and pleasingly expensive donation by their resident ‘Youth Tsar’ Ben Bradley, MP. Even the Daily Mail Online reported this incident as: ‘Bradley is left red faced after his apology for defaming Jeremy Corbyn over Czech spy claims becomes an online hit notching up 38,000 retweets in less than twenty-four hours’. Thank heavens for social media: and thank heavens for the consistently honest word of the Daily Mail – the paper that casually endorsed Hitler throughout the entirety of World War Two (Hurrah for the blackshirts). If even the ‘Daily Hail’ can snipe at their natural representatives, what greater comment could there be on the chaos on Theresa May’s government.
Which brings us back to the headline act of this piece, Corbyn himself. The twice mandated leader of the official opposition, Jeremy Corbyn. The man who defied the expert commentators to tighten the lasso around Theresa May’s ‘government’ in the last general election. The leader of a party who has forced Theresa May to uncover her ‘magic money tree’ in order to allow the medieval Democratic Unionist Party to reap the bounty of it. As it turns out, this magic money tree has been getting liberally watered in Amber Rudd’s offshore private bank account in the Caribbean. (This seems to be a bit of a pickle for leading Tory politicians. Cameron? Osbourne?).
Jeremy Corbyn, on the other hand, is a man proud to pose with a giant marrow grown in his own allotment. The kind of man you might see on a Saturday in your local pub, your local community. One of us, one of the many. The kind of man that has inspired a whole wave of youth support, leading people to promote him through the use of the ever millennial hashtag ‘#jezwecan’. This strong youth vote isn’t hard to fathom as he has aimed many of his proposals and policies at the young voters, a group previously overlooked. He has promised, should he get into power, to scrap tuition fees and undo the damage that Tony Blair created, but that subsequent Prime Ministers have added to. This, for your average university hopeful, is wonderful news as it means that we don’t have to face lifelong debt for our commitment to education and our commitment to bettering this country through a more educated general population. His policies on social housing mean that after university, when we are in full time employment, we can get a foot on the housing ladder and start building our lives from there.
Back to my initial praises, just think of what the Jeremy Corbyn-led Labour Party is offering to the youth of the United Kingdom. A future where enormous personal debt is not our inheritance. A future where we can enjoy freedom and independence, a respected place in society, and healthcare, let’s not forget healthcare. We’re all going to need it; whether it be for skiing accident in St. Moritz, or a regrettable fish and chips incident in Leeds. We’re all one society, and to quote High School Musical: ‘We’re all in this together.’
Written by Olivia Burns